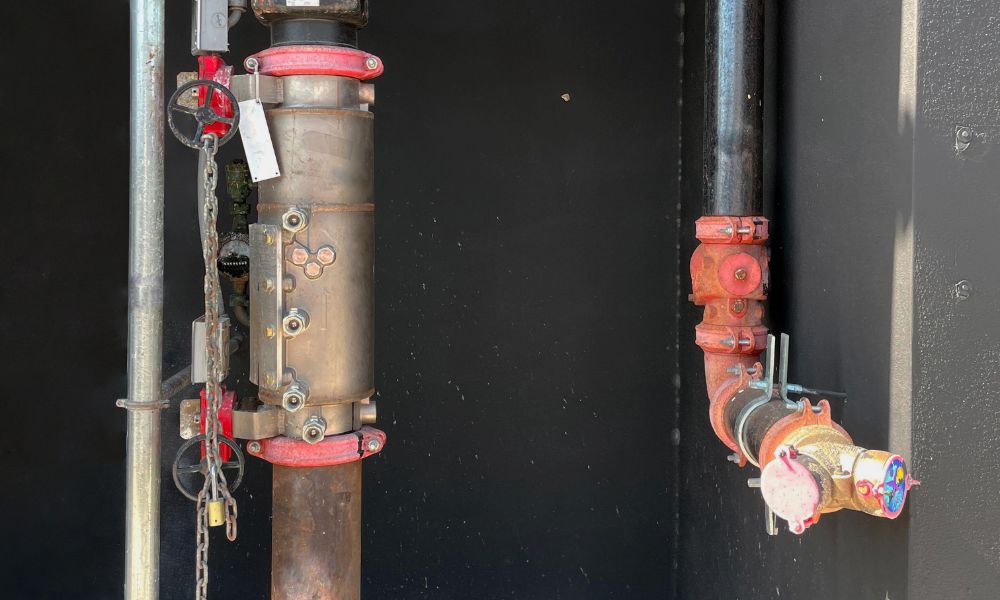 Fire suppression systems come in all shapes and sizes and are a required safety feature in almost all buildings. You might have seen them in the sprinkler heads that dotted the ceiling of your sixth-grade classroom.

You’ve also likely encountered fire suppression systems in your apartment complex, workplace, and even your favorite coffee houses. Essentially, these systems are standard fixtures in a variety of prominent places. But what may be less conspicuous is the fascinating history behind them and the important role backflow prevention systems have played in it.

Explore the evolution of modern fire suppression systems and discover just how far these safety features have come since their conception.

The Fire Suppression System and Its Role in History

Before diving deep into the fire suppression systems of yesteryear, it’s imperative to understand what exactly they are and their primary role through the ages.

Their Role in History So Far

Water-based fire-suppression systems are an essential part of protecting infrastructure—and the people within it—from the perils of fire. Moreover, they’ve been fulfilling this duty for a very long time. Like every other great invention, these systems have gone through quite an evolution since they were first designed.

As a result, we’ve seen incredibly effective iterations and some that still had a few rough edges to smooth out. But their purpose of protecting us and suppressing fires with water has remained a constant throughout time.

Many believe that fire suppression systems are a relatively new idea. But truthfully, the first designs for such an invention date back to the fifteenth century. If that time stamp doesn’t intrigue you, the inventor who attempted to design a water-based suppression system at the time should do it.

It is said that famed artist and inventor Leonardo da Vinci successfully built a conveyor belt for food and a functional sprinkler system on the ceiling of his kitchen. And his conveyor belt—while brilliant—was still a bit clumsy in design.

So one fateful evening, the heat from his fast-moving conveyor belt, combined with surplus heat from his oven, triggered his sprinkler system. As a result, the sprinklers worked a little too well, drenching all the food and damaging the interior of da Vinci’s kitchen.

This is only an account of those that were there to witness. Thus, there’s no guarantee that this is precisely what took place. But the story did get the wheels turning for inventors that came after da Vinci—the same inventors that would be responsible for the creation of the first successful heat-activated fire suppression system.

The Rise of Fire Suppression Systems

Centuries came and went. But the idea that a water-based system could be created to protect people and essential infrastructure from fire remained steadfast in the minds of brilliant people like Ambrose Godfrey. So much so that in 1723, Godfrey introduced the world to his polished prototype for an automated sprinkler system.

As people of the modern age, we know this system wasn’t the safest or most effective. To start with, the explosive nature of it meant that water wasn’t evenly distributed over an area.

But at the time, this revolutionary invention changed fire safety. Later, this design would pave the way for the creation of another crucial piece of equipment we still use today: the fire extinguisher. So it was still an important milestone in the history of fire suppression systems.

Fast forward a few hundred years to the installation of the first modern water-based fire suppression system in the Theatre Royal. Designed by English inventor William Congreve, this suppression system seemed to smooth out most of the kinks of its predecessors.

It included airtight containers that could store 10 gallons of water. Even more impressive, it could distribute this water evenly through a system of small pipes, each peppered with tiny holes. This was an incredible development for fire safety.

However, there were still one major issues with Congreve’s iteration of the water-based fire suppression system:

It wasn’t automatic. This was a bit of a problem regarding the system’s ability to suppress fires as soon as they happened.

But eventually, we found solutions to this design flaws, with automatic activation mechanisms.

From Congreve’s design onward, the goal was to devise a fire suppression system that could activate without having to be manually switched on. In the early 1800s, an inventor named Philip W. Pratt introduced his design for an automatic sprinkler system to the public.

It was closer to what was needed for an ideal design. But there were still a few rough edges to smooth out. Fortunately, another brilliant mind, Henry S. Parmelee, decided to work with Pratt’s original patent.

Sprinkler systems were fed by city water and thus created a cross connection. As we all know now, cross connections must have a backflow preventer, to protect the potable water supply. Over the years, sprinkler systems increasingly use chemicals like anti-freeze, which pose an even greater risk to the potable water supply. Organizations like the NFPA now emphasize the hazards of fire-suppression systems and the important role that backflow preventers play.

They have implemented standards, codes, and regulations to ensure that proper maintenance is performed. This is true for sprinkler systems, but it’s also applicable to other forms of water-based fire suppression like fire hydrants. Once backflow prevention was integrated into fire-suppression, the systems were nearly perfected.

Of course, we’re always doing more to innovate and improve fire-suppression systems and the water supplies that run through them. That said, fire suppression systems have been an integral safety feature throughout the centuries. They’re effective at protecting us and essential infrastructure from fire. And we’re confident that these excellent safety systems aren’t going anywhere anytime soon. 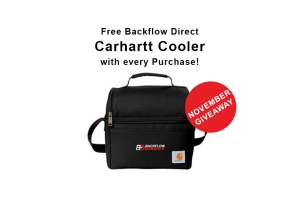 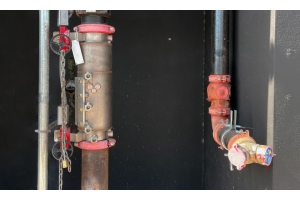 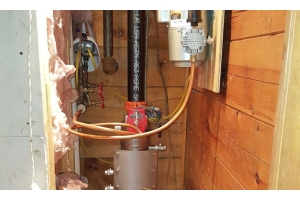 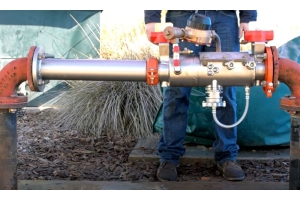 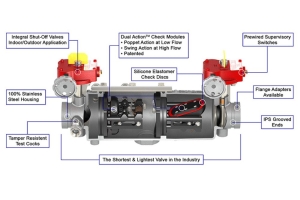 What Are the Parts of a Fire System Backflow Preventer?